Synopsis according to Goodreads:
"Seattle, 1933. Single mother Vera Ray kisses her three-year-old son, Daniel, goodnight and departs to work the night-shift at a local hotel. She emerges to discover that a May-Day snow has blanketed the city, and that her son has vanished. Outside, she finds his beloved teddy bear lying face-down on an icy street, the snow covering up any trace of his tracks, or the perpetrator's.

Seattle, 2010. Seattle Herald reporter Claire Aldridge, assigned to cover the May 1 "blackberry winter" storm and its twin, learns of the unsolved abduction and vows to unearth the truth. In the process, she finds that she and Vera may be linked in unexpected ways..." 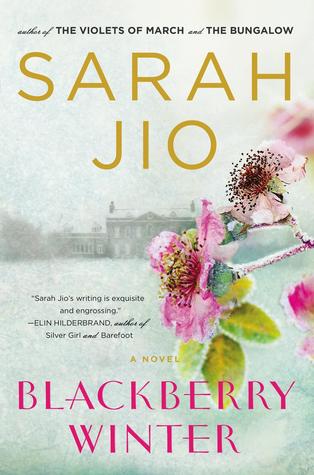 I was really interested in reading Blackberry Winter because Sarah Jio is a local author who sets her novels in Seattle. And I'm a sucker for a little hometown pride. She gets some historic details, and geographic details, but I was disappointed at the lack of soul. I suppose I was expecting a Sara Addison Allen-esque nod to place as character, and Sara Jio's Seattle is one in which people take taxicabs everywhere and there's no sense of community or connection with the past (which is not the Seattle I'm currently living in).


As the story progressed, I was struck by a few things:

1) The story is a solid mystery, but somewhat predictable (to me, anyway).
2) I didn't much care for any of the characters, as they seemed too one-note to me.
3) This may be because I'm not a mother, so couldn't relate to the central theme of the novel.
4) The writing is fine, and it moves along quickly.
5) This is the kind of book I would read on an airplane to pass the time.


I'm sorry that I wasn't more affected by this novel, but that's not to say it's bad. The writing is solid, the concept is intriguing, and even though I've never even heard the phrase "blackberry winter" (despite getting snow the other week), I appreciate the nod to Seattle's shady past. And the past in general, as there are always unspoken stories in a place that's been around for over 100 years.


I recommend this book for those looking for a relatively quick, light read; those who enjoy novels about loss and coping; those who like novels that bridge contemporary and historical settings; mothers who have lost a child and seek to live that through fiction; fans of chick-lit.


(Special thanks to Aubrey for gifting me this book in the Books 'n' Bloggers swap back in January!)