This first Books 'n' Bloggers swap of the year could NOT have come at a better time. I was partnered with the fabulous Katie from Bookish Illuminations, whom I know from the last Mug o' Comfort swap. She's a fan of mysteries, historical fiction, YA, and general awesomeness- so I knew I was in for a treat!

Check out the awesomeness Katie sent me: 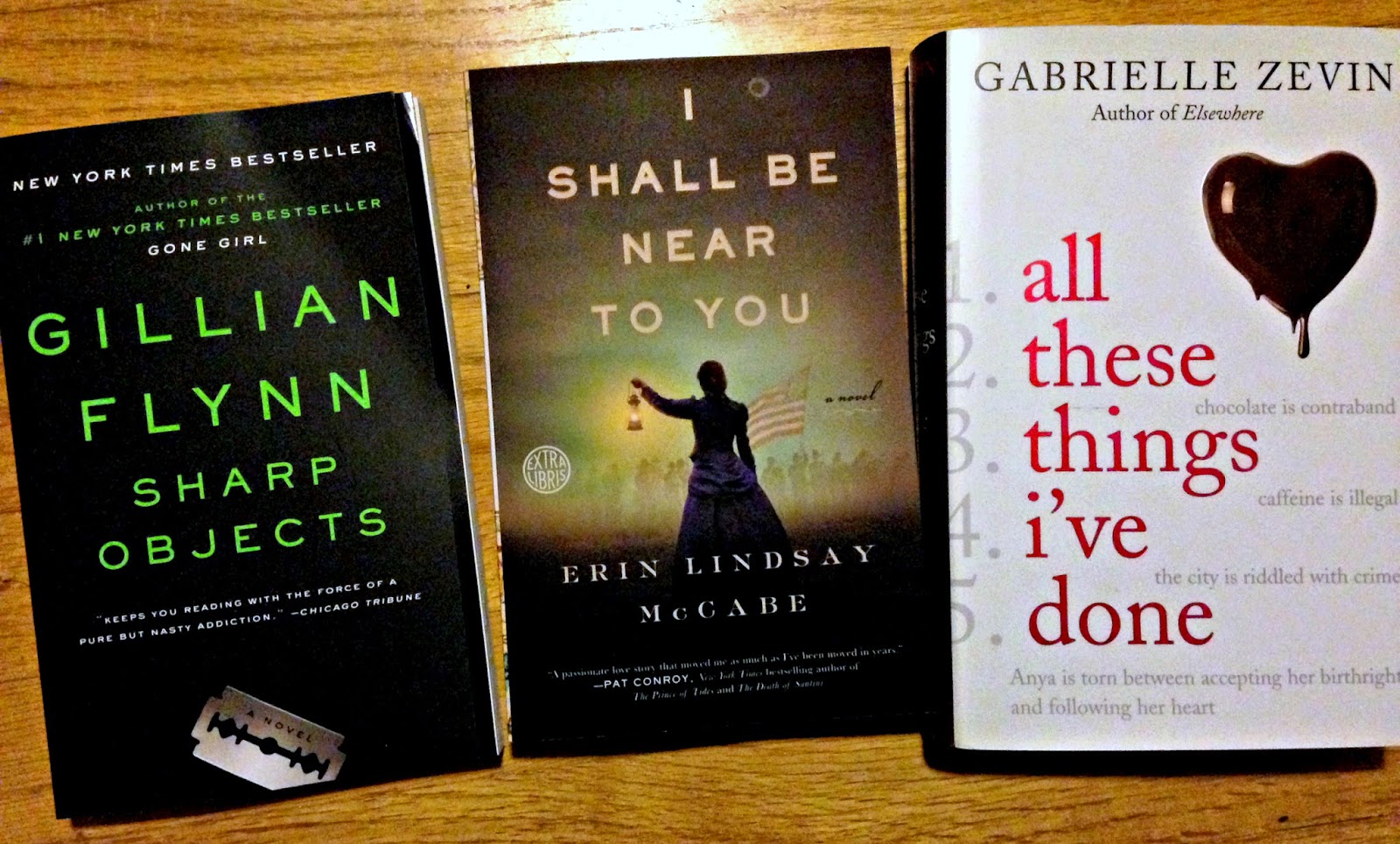 A Book She's Interested in and Hasn't Read Yet: Sharp Objects
"WICKED above her hipbone, GIRL across her heart
Words are like a road map to reporter Camille Preaker’s troubled past. Fresh from a brief stay at a psych hospital, Camille’s first assignment from the second-rate daily paper where she works brings her reluctantly back to her hometown to cover the murders of two preteen girls.
NASTY on her kneecap, BABYDOLL on her leg
Since she left town eight years ago, Camille has hardly spoken to her neurotic, hypochondriac mother or to the half-sister she barely knows: a beautiful thirteen-year-old with an eerie grip on the town. Now, installed again in her family’s Victorian mansion, Camille is haunted by the childhood tragedy she has spent her whole life trying to cut from her memory.
HARMFUL on her wrist, WHORE on her ankle
As Camille works to uncover the truth about these violent crimes, she finds herself identifying with the young victims—a bit too strongly. Clues keep leading to dead ends, forcing Camille to unravel the psychological puzzle of her own past to get at the story. Dogged by her own demons, Camille will have to confront what happened to her years before if she wants to survive this homecoming."

A Book from my Wishlist (She's Also Interested In): I Shall Be Near to You
"Rosetta doesn't want her new husband Jeremiah to enlist, but he joins up, hoping to make enough money that they'll be able to afford their own farm someday. Though she's always worked by her father’s side as the son he never had, now that Rosetta is a wife she's told her place is inside with the other women. But Rosetta decides her true place is with Jeremiah, no matter what that means, and to be with him she cuts off her hair, hems an old pair of his pants, and signs up as a Union soldier.
Rosetta drills with the men, prepares herself for battle, and faces the tension as her husband comes to grips with having a fighting wife. Fearing discovery of her secret, Rosetta’s strong will clashes with Jeremiah’s as their marriage is tested by war. Inspired by over two hundred and fifty documented accounts of the women who fought in the Civil War while disguised as men, I Shall Be Near To You is the intimate story, in Rosetta’s powerful and gorgeous voice, of the drama of marriage, one woman’s amazing exploits, and the tender love story that can unfold when two partners face life’s challenges side by side." 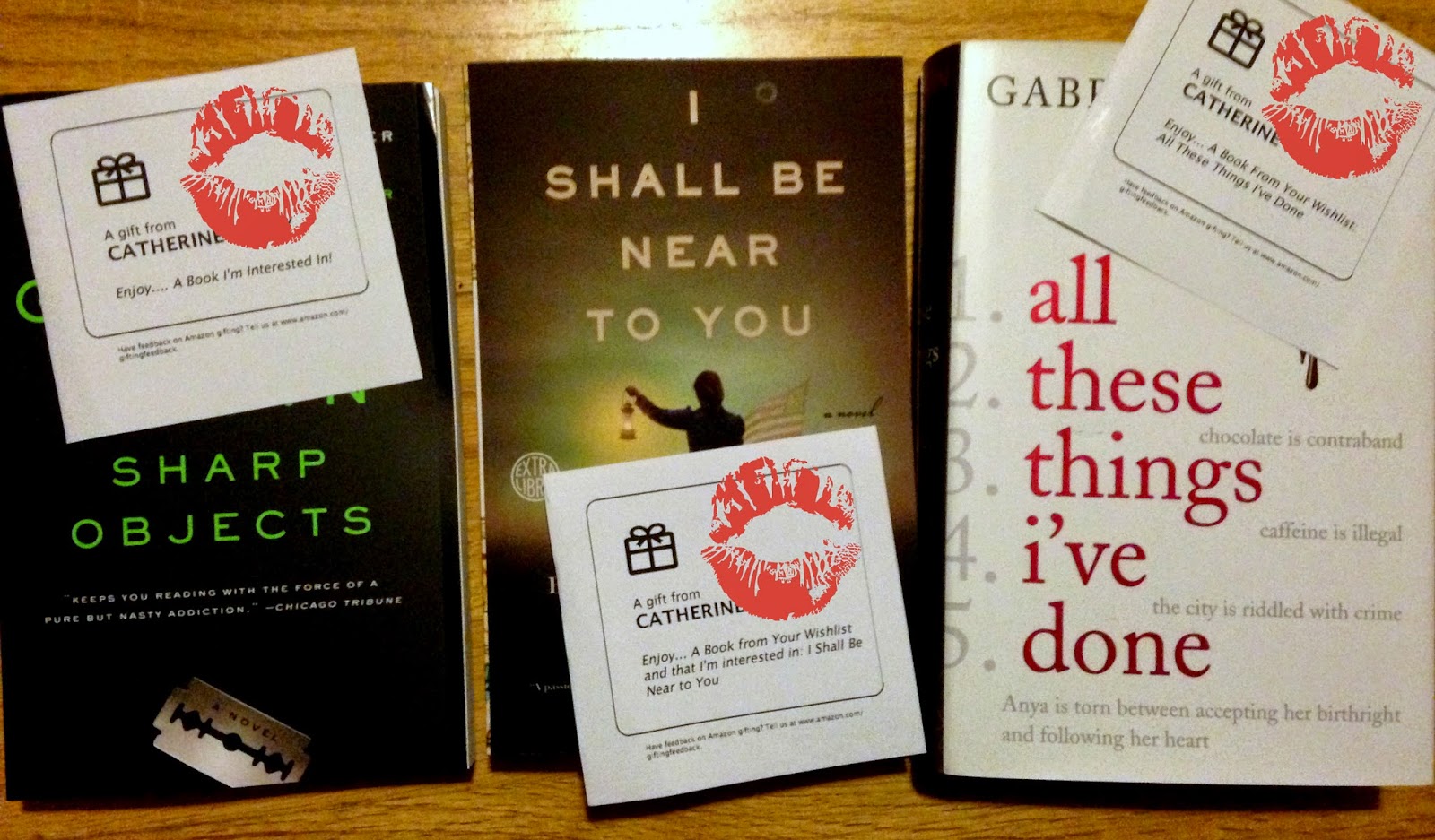 A Book from my Wishlist (a.k.a. spoiling me):  All These Things I've Done
"In 2083, chocolate and coffee are illegal, paper is hard to find, water is carefully rationed, and New York City is rife with crime and poverty. And yet, for Anya Balanchine, the sixteen-year-old daughter of the city's most notorious (and dead) crime boss, life is fairly routine. It consists of going to school, taking care of her siblings and her dying grandmother, trying to avoid falling in love with the new assistant D.A.'s son, and avoiding her loser ex-boyfriend. That is until her ex is accidently poisoned by the chocolate her family manufactures and the police think she's to blame. Suddenly, Anya finds herself thrust unwillingly into the spotlight--at school, in the news, and most importantly, within her mafia family." 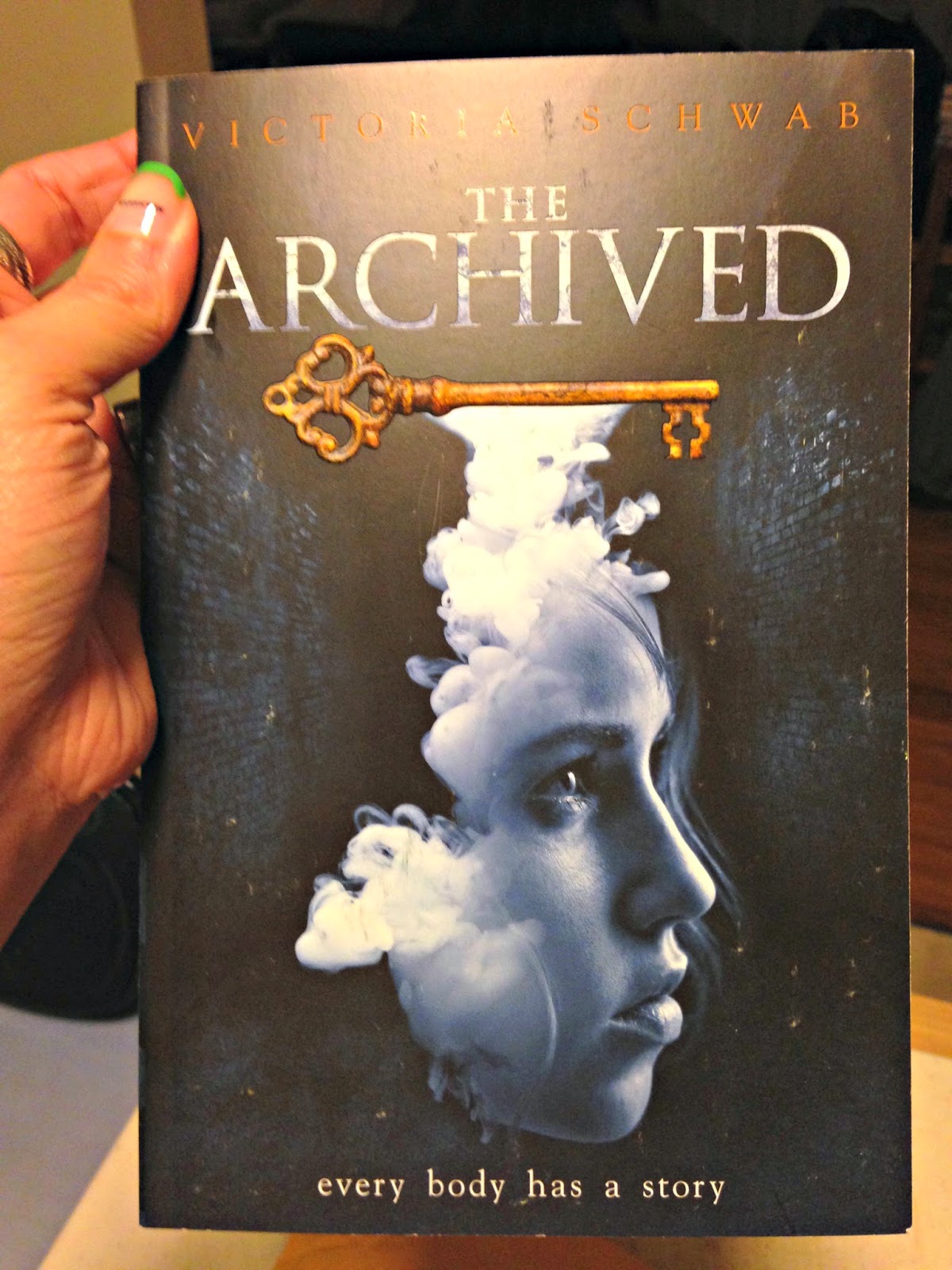 A Book (From My Wishlist) that She Read and Liked: The Archived
"The dead rest on shelves like books. Each body has a story to tell, a life in pictures only Librarians can read. The dead, called 'Histories', rest in the Archive.
Da first brought Mackenzie Bishop here four years ago, when she was twelve years old, frightened but determined to prove herself. Now Da is dead, and Mac has grown into what he once was, a ruthless Keeper, tasked with stopping often—violent Histories from waking up and getting out. Because of her job, she lies to the people she loves, and she knows fear for what it is: a tool for staying alive.
Being a Keeper is dangerous and a constant reminder of those she lost, Da and her little brother. Mac wonders about the boundary between living and dying, sleeping and waking. In the Archive, the dead must never be disturbed. Yet someone is deliberately altering Histories, erasing essential chapters. Unless Mac can piece together what remains, the Archive itself might crumble and fall."

Thank you, Katie, for spoiling me not only with an extra book, but managing to grab all four books as ones from my wishlist!