Synopsis according to Goodreads:
"After losing everything he owns, forester Will Scarlet embarks on a search for none other than King Raven, whose exploits have already become legendary. After fulfilling his quest--and proving himself a skilled and loyal companion--Will joins the heroic archer and his men.Now, however, Will is in prison for a crime he did not commit. His sentence is death by hanging--unless he delivers King Raven and his band of cohorts.That, of course, he will never do.Wales is slowly falling under the control of the invading Normans, and King William the Red has given his ruthless barons control of the land. In desperation, the people turn to King Raven and his men for justice and survival in the face of the ever-growing onslaught.From deep in the forest they form a daring plan for deliverance, knowing that failure means death for them all." 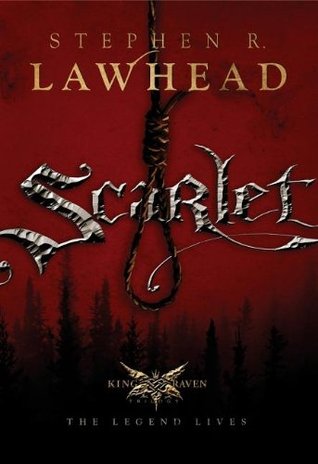 Scarlet is the sequel to Hood, which I reviewed last week. I'm sad to say, while Hood captured my interest and engaged me, Scarlet left me feeling 'meh'.

I'm not exactly sure why this is. It isn't poorly written, although both the narrator and the narration style differ from book 1 in the trilogy. Will Scarlet is a likable character, and the machinations from the first book continue to grind away in the plot. It just lacked something to make me feel invested.

Because I know the legend of Robin Hood, and the 'becoming an outlaw' part is apparently more interesting to me than the 'continued adventures of' part, I felt that the plot moved a bit more slowly. I don't regret reading it, but neither do I feel inclined to read the final book in the series, Tuck.

I recommend it for fans of the Robin Hood legend who have already read Hood. Because you'll definitely care more if you've read the first book in the series.