Synopsis according to Goodreads:
"We have all heard the story of Cinderella, the beautiful child cast out to slave among the ashes. But what of her stepsisters, the homely pair exiled into ignominy by the fame of their lovely sibling? What fate befell those untouched by beauty ... and what curses accompanied Cinderella's looks?

Set against the backdrop of seventeenth-century Holland, Confessions of an Ugly Stepsister tells the story of Iris, an unlikely heroine who finds herself swept from the lowly streets of Haarlem to a strange world of wealth, artifice, and ambition. Iris's path quickly becomes intertwined with that of Clara, the mysterious and unnaturally beautiful girl destined to become her sister. While Clara retreats to the cinders of the family hearth, Iris seeks out the shadowy secrets of her new household -- and the treacherous truth of her former life." 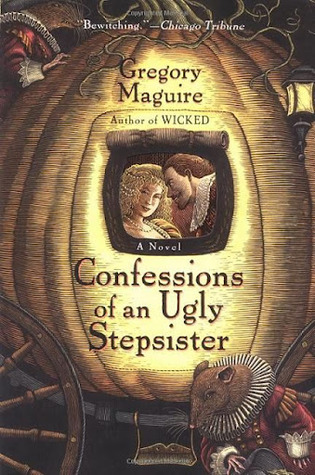 Confessions of an Ugly Stepsister is, thus far, my favorite Gregory Maguire novel. It melds a compelling story of adolescence and coming of age with Dutch history (including the boom and bust of the tulip market). Through the eyes of Iris, a fanciful and artist child who grows into an independent woman, we see both a version of the Cinderella fairytale and a realistic sampling of how parents affect children, and their outlooks.

Iris is a generous narrator, and although she is sometimes jealous and petty, she's a very likeable character. Her dull-witted sister, Ruth, creates an element of compassion for the very spoiled, too-protected stepsister, Clara (aka Cinderella). Although I know the Cinderella story well, like most other folks, I was still surprised at the twists and turns this tale took.

Maguire does an excellent job creating characters who are entirely three-dimensional. Even when I was despising Iris and Ruth's mother, I understand her actions, her reasoning, her fears, and her prejudices. Even when I was cheering Iris on, I was shaking my fist at her naivety, and the way she started becoming much like her mother.

I found myself unable to put it down. I recommend it for fans of fairytale retellings, Renaissance history, Gregory Maguire books, and coming-of-age novels.